30.06.2021
The Pihlajaniemi project and process were a product of teamwork

Senaatti invited us to look at Pihlajaniemi in Turku. The site presented as many opportunities as it did challenges. We set about creating a collaborative process with a small integrated team made up of Senaatti representatives, the City of Turku planning office, a local planning consultant Urbanity and ourselves. We made many visits to the site, (this is when I learned the important Finnish word “hankikanto”) and we drew the plan together in a collaborative effort. 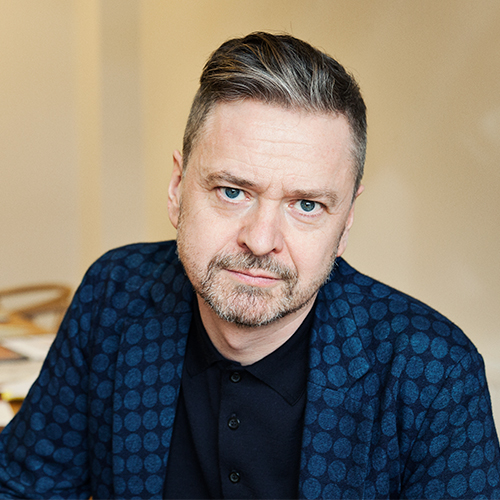 This integrated approach meant that the city staff could warn us what to avoid, as well as ask for the outcomes the city needed in a wider perspective. Senaatti were vital for knowing how developers operated and Urbanity knew the Finnish planning system inside-out. In this way we were very efficient, and we could produce the plan in record time, and since the city knew exactly what was coming, they too could process the plan faster than usual. We went from first sketch to a published proposal in just two and half years.

On the Pihlajaniemi site were a range of nature features including a partially culverted stream, some marshland, some amazing rocky hills, a messy seaside water’s edge, as well as at the same time, some rather varied and complex neighbours, including the Army based in historic buildings, a busy main road and junction, a stand-alone supermarket and some “pistotalo” apartment blocks, and many small suburban-style, detached houses with gardens. Our project had to react thoughtfully to all of these neighbours.

The busy road was reimagined as an attractive boulevard, the stream became a waterfront canal street, the marsh became a wetland park, the rocky hills could be framed and accentuated with buildings. All the historical buildings would be preserved as would the large trees. All the new streets could be designed as green and social spaces, rainwater could be collected locally in raingardens and gently led to the stream, into the wetlands or to the sea.

We proposed a market square at the junction, with more retail activity to complement the existing supermarket. The south-west facing waterfront could be an urban beach, a living room for the whole city. All in all, Pihlajaniemi would be more than just a collection of buildings, it would be an authentic a piece of city.

We tested our ideas with the Finnish developers in an open workshop session so they could give comments and ideas, and this meant they knew what was coming before it came. When we held the competition, which one architect called “the most difficult ever”, we were delighted with both the scale of participation and the quality of the entries. The results of Finnish designs for the Soft City in Pihlajaniemi were fantastic. I would say that all of them deserved to be built. And I still very sad about some the ones which weren’t chosen.

The Finnish designs were not just architectural solutions to fitting in apartments into buildings, they were social solutions to integrate different economic groups and different ages, uses other than housing, as well as climate-smart ecological solutions. The results of the competition proved not only the design talent of Finnish architects but also the sustainability ambitions of the developers.

I am extremely happy about the results of the Pihlajaniemi project, but even more about the process. The project and process were plural, a product of teamwork and collaboration between different people with different views, as well as different professionals, organisations and companies, including Akruunu.

“A city is composed of different kinds of men; similar people cannot bring a city into existence.”
Aristotle

Scot David Sim is author of “Soft City - Building Density for everyday life”. He describes himself as “an urbanist and optimist”, firmly believing that every built project has the potential to change society for the better. Once a student of Jan Gehl, he is currently Creative Director at the internationally renowned practice Gehl.